System1 is an audiovisual, interactive 360° installation. It was developed on the base of an experiment for a system of applied artistic research – with the assumption, that we all constantly use different systems, change them and control them (or maybe not) by being part of them. The question which we asked ourselves was: “What would the system ‘digital play’ look like if a certain space was the base of the composition?” System1 was first exhibited at Platine 2015 and Notgames Fest 2015 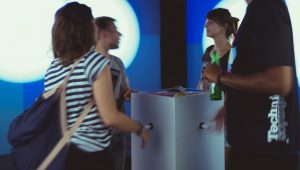 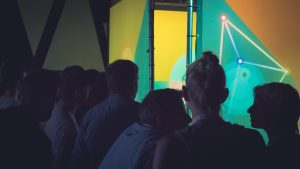 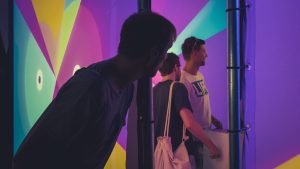 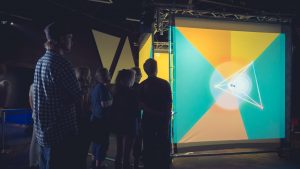 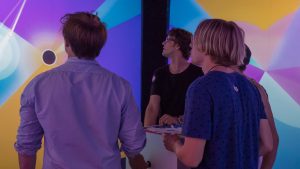 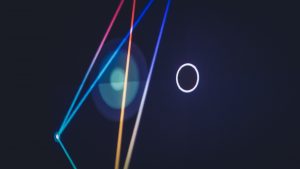